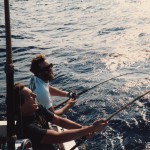 Circa mid 1980’s. One of my all time favorite photos….John Everett and Charlie Pravel are hooked up to 80 pound class bigeye tuna on 8 foot rods and getting punished…the bigeye unexpectedly came through in an albacore stop and all they could do was laugh about how much they were getting their butts kicked by the big fish on such long rods. If I recall correctly they both got their fish. What great fun we had! 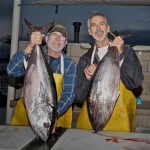 Private boaters Captain Bob Woodard (left ) of the Christina Lynn with Robb Lane of the AJ (right) and a couple of nice bluefin tuna caught on May 28, 2015 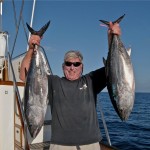 Carl Robbins hoisting a couple of nice bluefin caught aboard the Christina Lynn on May 28, 2015 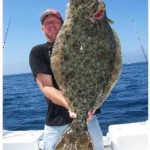 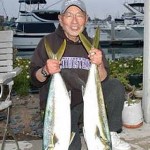 Harry Okuda of the Alfresco III with a couple of 14 pound yellowtail caught at the Coronado Islands aboard the San Diego out of Seaforth Sportfishing on April 30, 2007 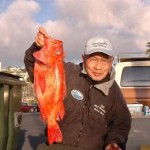 Harry Okuda of the Alfresco III with a 6.44 pound red vermillion that was caught aboard the Holiday out of Point Loma Sportfishing on a 1.5 day trip to Punta Colnett on February 24, 2007 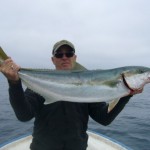 Nice La Jolla Yellowtail caught aboard the beach launch skiff of Captain Kelvin Nettleton of La Jolla Fishing on May 31, 2015 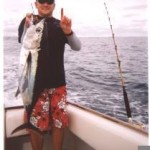 A Happy New Year’s Day Albacore for Todd Garrett while fishing aboard Bob Hoose’s boat Prospector. This fish was the first albacore of 2004 and took first flag honors at the Balboa Angling Club. It was caught on 20 pound test dacron and was taken 10 miles southeast of the Cortes Bank. 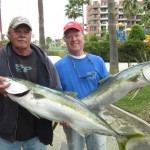 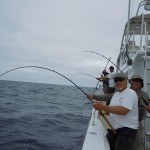 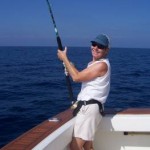 Pat Woodard working on a sailfish baitfish aboard her boat Christina Lynn. The fish was eventually tagged and released. January 2007. 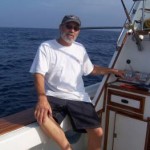 Mainland Mexico–Bob Woodard at the cockpit controls of his Christina Lynn provides valuable assistance in helping battle a hooked billfish. Believe me in the heat and humidity off mainland Mexico an angler needs all the help he or she can get. January, 2007 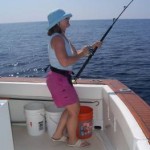 Dee Van Horne of One Four Three working on a sailfish between Papanoa and Acapulco aboard Bob and Pat Woodard’s Christina Lynn. The fish was eventually caught and released. January, 2007 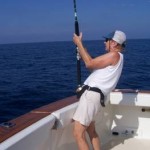 Pat Woodard is a happy angler while fighting a sailfish baitfish aboard her boat Christina Lynn between Papanoa and Acapulco. January, 2007. 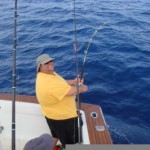 Bob Vanian is all smiles while fighting an estimated 150 pound black marlin on 20 lb. test between Ixtapa and Papanoa aboard Bob and Pat Woodard’s boat Christina Lynn. January, 2007 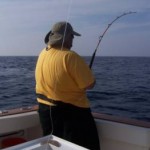 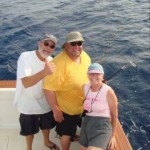 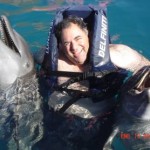 Kindred Spirits enjoy the dolphin aquarium at Ixtapa, Mexico. It was a great experience and one of the true highlights of my trip. January, 2007 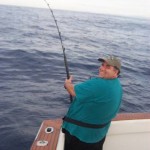 Bob Vanian hooked to am estimated 350 pound blue marlin off Barra Navidad aboard the Christina Lynn. It is early in the standup fight and the pain and exhaustion ahead has yet to set in (I am still smiling). Jan.2004 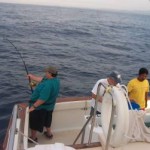 More pulling on a blue marlin…note the interest and concern of the Captain and Crew……..boring. Jan 2004 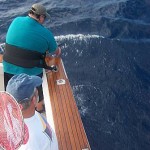 Bob V. with some rather serious straight up and down pulling on a blue marlin aboard the Christina Lynn. This fish story had an uhappy ending when the hook pulled after a 2 hour battle with the fish straight up and down and just 50 feet away. A great thrill nonetheless! 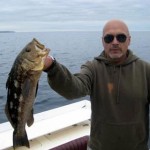 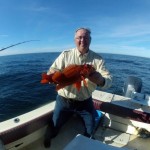 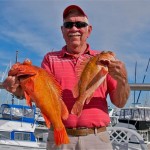 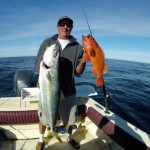 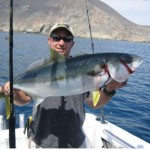 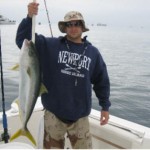 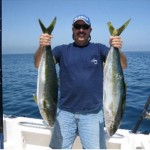